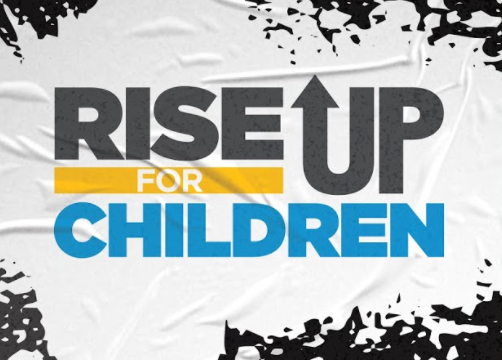 Let’s come together as I bike to raise funds to support the lifesaving rescue missions of Operation Underground Railroad. Feel free to donate per mile that I bike, a flat fee, or just follow the links to learn more about O.U.R.

My objective is to create awareness of the children around the world who have had their freedoms and liberties taken away from them at such a young age. Children are being used as sex slaves and I pronounce with the established voice of the non-profit, Operation Underground Railroad, that we can come together to fight to restore these precious children’s freedoms.

Operation Underground Railroad has gathered the world's experts in extraction operations and in anti-child trafficking efforts to bring an end to child sex trafficking and sexual exploitation. O.U.R.'s Ops Team consists of former CIA, past and current law enforcement, and highly skilled operatives that lead coordinated operations in conjunction with law enforcement throughout the world. Aftercare is a vital part of O.U.R.'s mission. Once victims are rescued, a comprehensive process involving recovery and healing for the survivors begins.

The good news is that you can make a difference and help rescue some of these children by supporting Operation Underground Railroad (a 501C3 tax exempt organization so all donations are fully tax deductible).

Let's pray together that God grants us His light that we may find these little ones. Even if only one child suffers less, our joy will be complete. I invite you to stand with me.