Operation Speak Up by Lauren Hanley 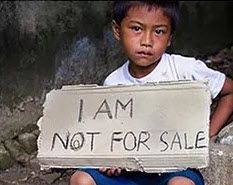 What is human trafficking?

Human Trafficking is a crime that forcefully exploits men, women and children. It is often referred to as "modern slavery". This has become a $150 billion per year industry.

Why is it such a big deal?

Advocates report a growing trend of traffickers using online social media platforms to recruit and advertise targets of human trafficking.The average age a teen enters the sex trade in the US is 12 to 14 years old. Many victims are runaway girls who were sexually abused as children.

So, what can you do?

Educate yourself and your family about the dangers lurking in the online space. Educate yourself on ways to spot and identify human trafficking and report to local authorities. DONATE! Operation Underground Railroad has gathered the world's experts (comprised of law enforcement, ex- CIA and operatives) that are well versed in identification and extraction efforts.

By donating you are giving our innocent children a voice and chance for justice.