Together We Can Save Our Children

Welcome to my fundraising page! My name is Christine Regan Lake and I am an abolitionist. I have been supporting Operation Underground Railroad for several years. It is my goal to raise $1 million to end human trafficking. I hope you feel called to support this amazing organization.

If you would like to know a bit more about me I have included my bio. Let's save our children.

Christine Regan Lake is an author, artist and healer. As a writer she has written three books; My Body Cleanse, Circle of Healing For Women, Sophia's Lover and she is in the middle of editorial review for her second novel "Brigid's Dying Wish" a story about a father's epic quest to honor his daughter's dying wish which forces him to face his greatest fears and deepest wounds.

As a healer, she has been an energy healer for over 10 years and has helped countless clients to heal their emotional blockages and relieve their physical symptoms. She has over twenty years of intense study with leaders in the peak performance industry such as Tony Robbins, T. Harv Eker, Robert Kyosaki, Jack Canfield, and John C. Maxwell learning to understand human psychology and the negative impact of unconscious patterns and belief systems, coupled with her rich experiences and trainings in the holistic healing realm and a deep understanding of how to release negative trauma in the body. Christine is able to help her clients achieve profound results.

Prior to embracing her passion for the arts, Christine was a marketing professional who founded Redlake Marketing, a full-service advertising agency. She earned her Bachelors Degree in Business Administration from Ramapo College of New Jersey and is a veteran of the United States Army Military Intelligence Reserve Corps. During her six-year tenure, she earned combat medals for her service in Saudi Arabia in 1991 during Operation Desert Shield/Storm, and received Army Commendation and Achievement medals for her work with the Central Intelligence Agency and the Drug Enforcement Agency.

In 1995, she was selected to be a Goodwill Ambassador to India for the Rotary International, where she traveled to India for five weeks and visited 15 cities while meeting with business leaders, government agencies, industrial organizations, and educational institutions in an effort to foster understanding and improved business relations. Christine is a passionate world traveler whose adventures have taken her from snorkeling the coral reefs of uninhabited islands off the coast of Fiji, hiking into the Yanshan Mountain Ranges, and then walking back down into civilization atop the Great Wall of China to trekking in the Himalayas with a Canadian trekking team to Base Camp on Mount Everest as well as a National Geographic expedition to Antarctica which was the inspiration for her beloved painting "Anika."

Christine has long embraced her role as a Global Citizen and contributed both her time and money to causes that she is passionate about. She has received the Rising Star Award, President’s Award from the Orange County Chamber of Commerce, and The Spirit of Literacy Award, and in November of 2002, Christine was selected to speak at the Wharton School of Business on the challenges of entrepreneurship at their fifth annual Entrepreneurship Conference. For over fifteen years, she actively supported and engaged in the human rights efforts of Equality Now, an organization dedicated to ending violence and discrimination against girls and women around the world. Christine’s passion for life-long learning has blessed her with a unique journey that has sculpted her as a woman, mother, artist, writer, healer, and activist.

“Thank you for rescuing our children! We cherish you! - Maitasun Grina”

“Thank you for rescuing our children! We cherish you - Maitasun Grina”

“This donation is in honor of Barbara Barsellotti for her purchase of one of our "Pearl and Jade - Pearl Cuff." Thank you, Barbara and thank you, O.U.R for rescuing our children.”

“This donation is in honor of Elisabeth Belknap for her purchase of her "The Pearl Cuff" bracelet! Thank you, Elisabeth and Thank you O.U.R for rescuing our children.”

“Thank you for saving our children! You are earthbound angels. xo”

“Bless you! Thank you for rescuing our babies. Hugs, Christine”

“Thank you for rescuing our children. You are earthbound angels.” 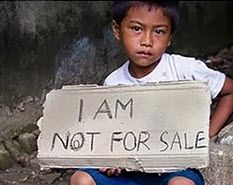