Update! We had a successful event but the fundraiser continues! You can continue to donate till we make our goal!

Join us Saturday, September 19th for Ermantourage's second all day Zoom summit, Artist Emerged, to benefit Operation Underground Railroad! From 12pm-10pm EST, we are gathering special guest speakers in film, television, and music talk craft over a series of virtual Q&A's, networking opportunities, and live performances, all in the charity!

*After registering, email me at erman.baradi@gmail.com for the Zoom login info! Time slots to be announced.

& more to be announced!

To shine a light worldwide on the global epidemic of child sex trafficking, and in so doing rescue more children from slavery and assist law enforcement to seek justice for those those who violate children. We place survivors on a path to recovery by Operation Underground partnering with vetted aftercare providers.

“Thanks to Jessica Stafford of JSLA Events for making me aware of this!”

“Great cause! keep up the good work! Future Music LA supports this 100%!”

“Thank you for organizing this event. So happy to have found this organization. Putting an end to human trafficking is such an important cause that is really close to my heart. You are doing brave work!”

“Erman: As always, a great cause. Thank you for your service!”

“This is an important cause. Thank you for organizing this event to raise awareness.”

“this is to help”

“we need to help” 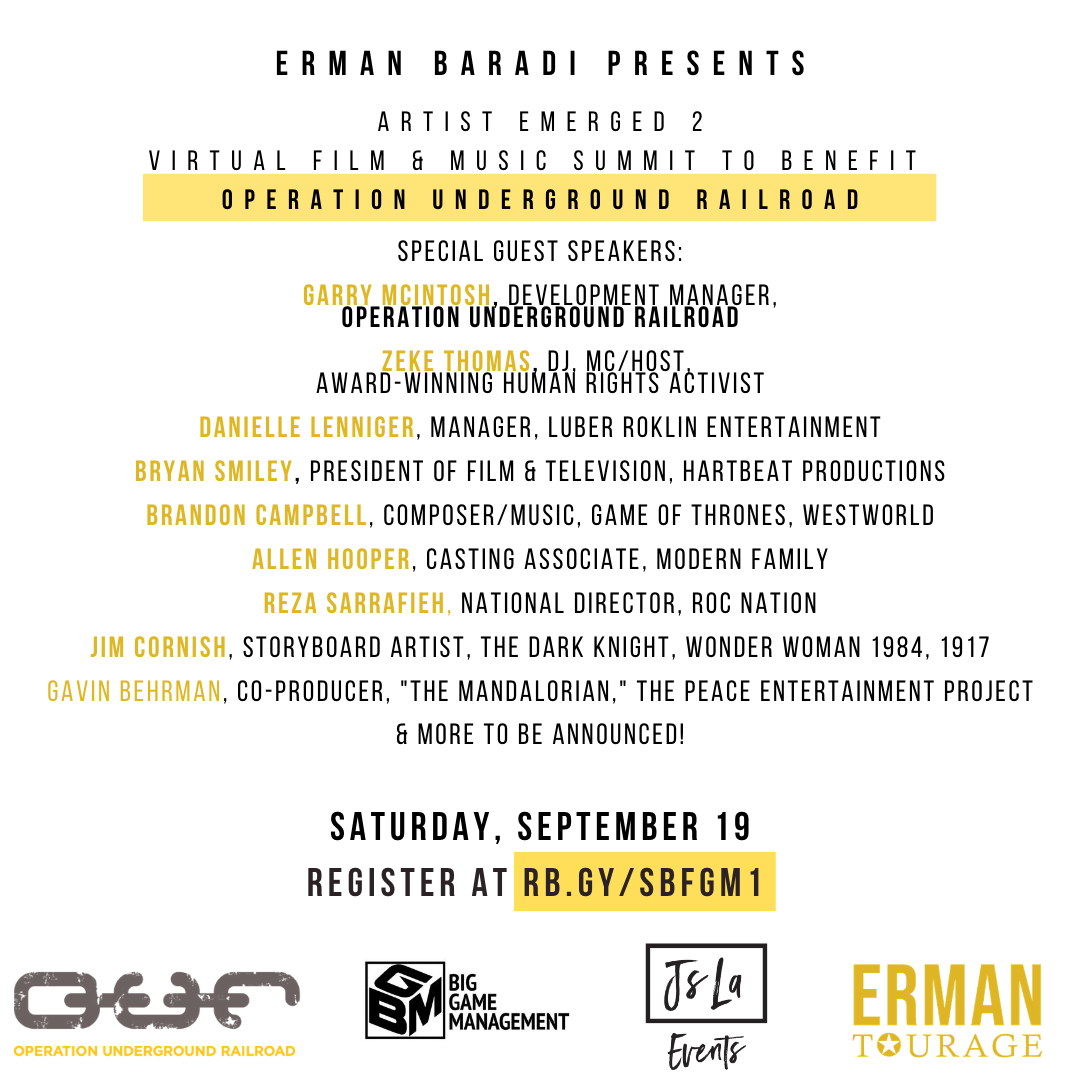